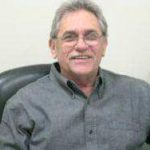 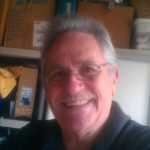 Pastor Andy has been the President of Multiplication Ministries since 2007 and took over for MM’s founder, Al Broom. Al was the visionary for a ministry that leads the way in making disciples and coaching pastors and church leaders to develop healthy reproductive churches. Andy had such a he

art for what Al and his wife Lorraine had done that after Rev. Broom went to be with the Lord, Pastor Andy took over to continue the vision.

Andy had been a pastor for thirty-one years as well as a church planter. Since being with MM he has been in over forty states assisting pastor and their churches. 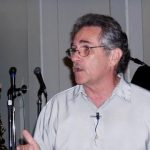 He lives in Post Falls Idaho with his daughter Sierra and son Denny who manages the office after his mother Belle went to be with her Savior in 2018.  Belle faithfully served with MM for more than thirty years.

When asked his vision for Multiplication Ministries Andy’s response was, “To have a church coach/consultant in every state and to spread the reality that One to One Discipleship is the most productive way to train believers in the basics of our faith and reproduce into another.  After all, 80% of adult believers became Christians through a one to one relationship. So why would we not teach them in the same process?”

(Note: Donations are made in multiples of $10. Increase quantity to donate more. For example, a donation of $50 would be a quantity of 5 at checkout)